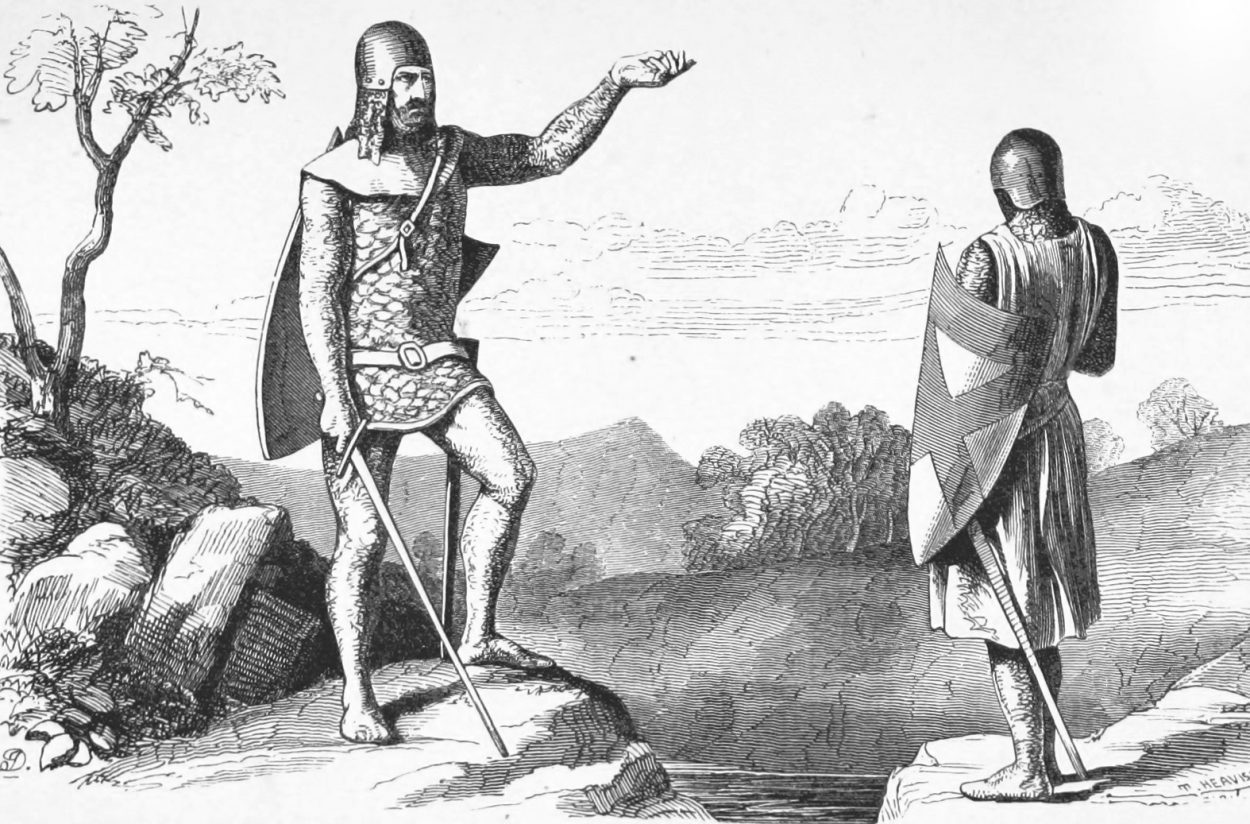 William Wallace was a Scottish knight and military leader during the First War of Scottish Independence, portrayed in the 1995 American film Braveheart.

The film was inspired by a 15th century biographical poem titled “Acts and Deidis of the Illustrious and Vallyeant Campioun Schir William Wallace” by Blind Harry, a minstrel who composed his works 172 years after Wallace’s death.

The poem is a long narrative work composed of decasyllabic rhyming couplets that forms a biography of Wallace’s life from childhood to execution.

Based on Blind Harry’s assumptions, it is suggested that William Wallace was born in 1270 in Elderslie and was the second son of Sir Malcolm Wallace, a minor landowner and vassal of James, 5th Steward of Scotland.

However, William’s own seal on a letter sent to the Hanseatic city of Lübeck in 1297 lists his father’s name as Alan Wallace, possibly an Alan Wallace in the Ragman Rolls as a tenant of the crown in Ayrshire .

The surname Wallace means “stranger” in Old Low Franconian, or in Anglo-Norman French means “Welsh”, suggesting that the Wallace family line may have originated in Wales, possibly in the ancient kingdom of Strathclyde.

After the death of King Alexander III in 1286, King Edward I of England was invited by the Scottish nobility to arbitrate who had claims to the Scottish crown. At a great feudal court held in the castle of Berwick-upon-Tweed, judgment was given in favor of John Balliol having the strongest claim in law based on being senior in genealogical primogeniture, even if it is not near blood.

Edward treated Scotland as a feudal vassal state, demanding tribute and military support from the new king. Scotland went to make a treaty of mutual assistance with France, for which Edward responded by invading Berwick-upon-Tweed, starting the First War of Scottish Independence.

Wallace was part of a company that raided Lanark in South Lanarkshire early in the war, killing William de Heselrig, the English High Sheriff. Wallace then marched on Scone, driving off the English vigilante, and attacked the English garrisons between the Rivers Forth and Tay.

In 1297 an army led by Wallace and Andrew Moray won the battle against English forces near Stirling on the River Forth, an engagement known as the Battle of Stirling Bridge. After the battle, Moray and Wallace assumed the title of Guardians of the Kingdom of Scotland, with Wallace later being knighted in a ceremony at ‘Kirk o’ the Forest’.

Edward sent a second invasion of Scotland in 1297, engaging the present Sir Wallace at the Battle of Falkirk. The Scottish forces were crushed by the English army, resulting in the resignation of Sir Wallace as Guardian of Scotland in favor of Robert the Bruce, Earl of Carrick and future King, and John Comyn, the nephew of King John Balliol.

Some sources suggest that Sir Wallace left for France to enlist French aid, but in 1305 he was handed over to the English by John de Menteith, a Scottish knight loyal to Edward.

Sir Wallace was taken to London where he stood trial for treason and wartime atrocities against civilians, “sparing neither age nor sex, monk or nun”. During the trial, he was crowned with an oak wreath to suggest he was the Outlaw King. He responded to the charge of treason: “I couldn’t be a traitor to Edward, because I was never his subject.”

It was Edwards’ intention to make an example of Sir Wallace, and on August 23, 1305, Sir Wallace was taken to the Tower of London for his sentence. There he was stripped naked and dragged through the town on a horse’s heels to Elms in Smithfield.

In front of onlookers, he was hanged (almost to death), emasculated, disemboweled, beheaded and quartered (cut into four pieces). His head was preserved in tar and placed on a pike atop London Bridge, while his limbs were sent to Newcastle, Berwick, Stirling and Perth.

In 1956, a plaque was unveiled at the place of his execution, reading in Latin: “Dico tibi verum libertas optima rerum nunquam servili sub nexu vivito fili” (I tell you the truth. Freedom is what is better. Sons, never live life like slaves.), and in Gaelic “Bas Agus Buaidh” (Death and Victory), an old Scottish battle cry.

In 1306 Bruce raised the rebellion that ultimately won Scottish independence.

Usher wheels and throwback deals on the Las Vegas Strip