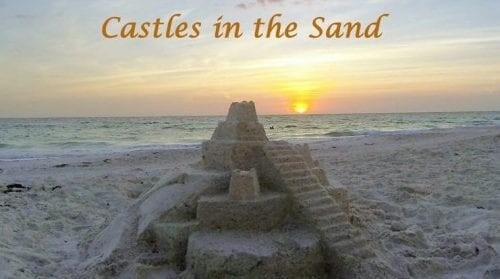 Termination of co-ownership. These are fighting words for condo owners who live in prime Florida waterfront locations. However, it’s happening right now in Southeast Florida, all because of the collapse of the Champlain South condos in Surfside.

Developers from the Miami Beach area and all along the barrier island north are swarming the area to acquire older waterfront condominiums, and there are plenty of them. Hundreds of condominiums, representing more than two-thirds of condos in the Miami area alone, are approaching 40 years old or have reached that age and gone beyond. At this age, the county requires recertification to ensure the property is still structurally sound.

Although the Surfside collapse is still under investigation, engineers determined that a combination of issues was likely to blame. They confirmed design flaws, poor construction and delayed maintenance because owners were reluctant to spend the money needed to renovate the property.

The Miami Herald recently reported in its e-edition that an investigation of court records after the collapse revealed as early as five years ago that contractors for a new building nearby were concerned about vibrations affecting the South Champlain building. . At that point they stopped drilling and then resumed, but engineers say that alone could not have been the cause of the collapse five years later.

It was recently reported by the Wall Street Journal that at least eight Miami-area waterfront condominiums are in talks with developers for sale. These buildings are in prime locations and developers frequently offer to pay owners above the market value of their condos. The buildings will then be demolished and high-end residences will be built to accommodate the wealthy buyers who are moving to Florida in droves.

The developers of one of the condos being terminated are offering more than $750,000 for studio apartments that sold for around $55,000 in the late 90s. Terminating a condo isn’t easy, however. , even when developers are offering more than these owners ever dreamed of. In addition, the condominium regulations for each association are different and can sometimes be ambiguous. Some buildings require as few as 75% of its residents to vote in favor of termination; others may require 100%. And of course, each resident has a different view of what is best to do; many are faced with the prospect of having to move from an area they may have lived in for 30 years and are unlikely to be able to replicate what they had and certainly not the sight.

Developers take the position that they are offering a private sector solution to the problem by buying out residents who are unlikely to be able to afford the assessment to bring the building up to recertification level. Homeowners have their equity and can move on and builders are offering high-end new condos built to today’s standards, revitalizing the industry.

In March, Florida’s legislative session ended without any new building recertification requirements. Holmes Beach takes it in hand and plans to create its own security measures. Commissioners will again address the issue of recertification of older buildings on the island in a bid to protect both owners and visitors.

The real estate market is simply fluid. Who would have guessed not so long ago that condo termination would be a phrase the average waterfront homeowner would add to their vocabulary? So goes Florida, you never get bored.

No more castles in the sand

Is it worth the detour?

Does anyone know what is going on?