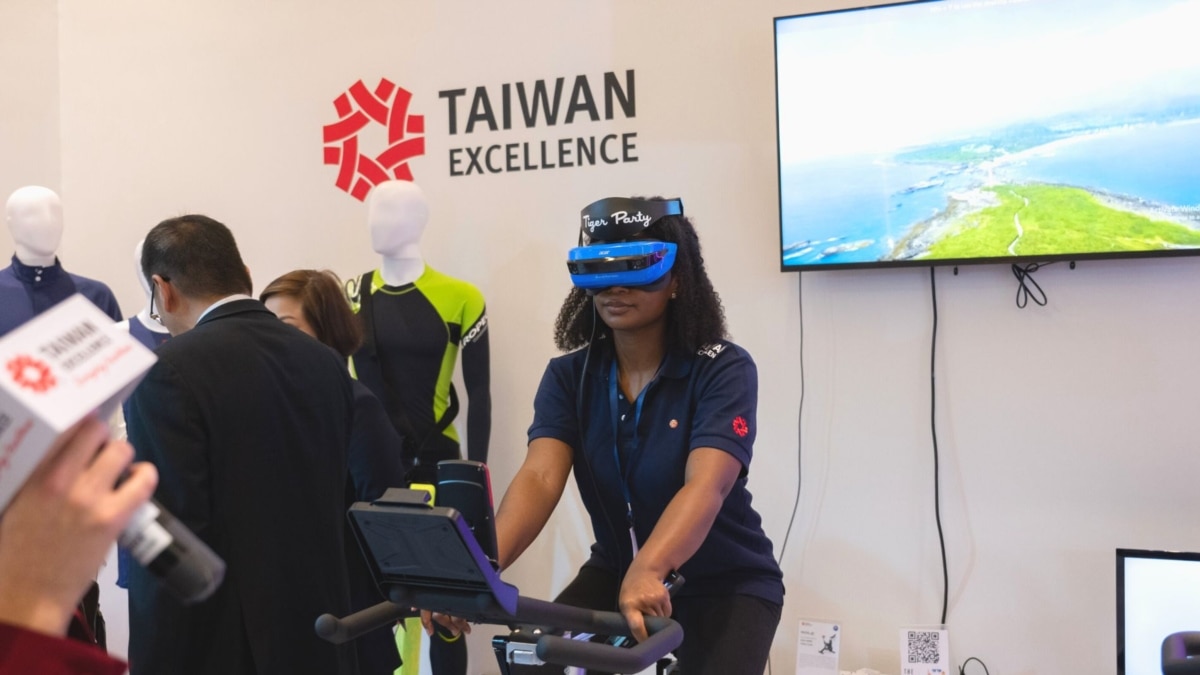 Taiwan seeks to strengthen ties with US trade fair

More than 80 Taiwanese companies brought their wares to Washington this week in a bid to connect the democratically-ruled island with the nation widely seen as its greatest supporter.

Taiwan Expo USA, the island republic’s first such trade show in the United States, was held for three days at the Ronald Reagan Building and International Trade Center in downtown Washington, close to the White House.

Organizers, including Taiwan’s Ministry of Economic Affairs, were proud to point out that in 2021, Taiwan has become the United States’ eighth largest trading partner, overtaking both India and Vietnam. Globally, Taiwan became the 16th largest trading economy in the same year.

Visitors to the expo were greeted with an array of high-tech products, including 5G and metaverse applications, advanced batteries for electric vehicles and compound semiconductors, 65 percent of which are made in Taiwan. Traditional cultural objects, such as drums used in Buddhist and Taoist temple processions, were also on display.

“We have brought the best of technology [and] culture here in the hope that our dear American friends will feel even closer to Taiwan,” James Huang, chairman of the Taiwan Foreign Trade Development Council, told VOA during the expo.

Marisa Lago, the U.S. undersecretary of commerce for international trade, told the audience gathered for the opening ceremony on Wednesday that the U.S. administration under President Joe Biden was “laser focused” on enlargement and deepening of its partnership with Taiwan.

Some U.S. lawmakers believe the Biden administration could do more to bolster Taiwan’s geostrategic position in the face of seemingly constant and increasingly belligerent threats from Beijing.

Rep. Andy Barr, a Republican from Kentucky, was among dozens of U.S. lawmakers who have traveled to Taiwan this year to show support for increased Chinese military activity in and over the Taiwan Strait.

“What is [Chinese Communist Party] must understand is that the more belligerent their military activities, the more provocative their exercises, the more threats they make, the more committed and determined the United States becomes to defending the island of Taiwan,” Barr told VOA this week.

Speaking about the discussions he and his congressional colleagues had with President Tsai Ing-wen and lawmakers in Taipei, Barr said, “We are committed not only to our security relationship but also to our bilateral trade relationship.”

Barr stressed the importance of Taiwan being included in a U.S.-led multilateral trade initiative.

“We must urge the Biden administration to rethink its exclusion of Taiwan from the Indo-Pacific economic framework. It is very important that Taiwan is included in this, to send a signal to Beijing that our multilateral trade commitment to the Indo-Pacific includes Taiwan. , in addition to seeking a bilateral trade agreement with Taiwan,” he said.

Overall, Barr said, U.S. lawmakers and Taiwanese officials “reaffirmed our strong commitment to our two democratic societies, that we stand side by side in defiance of communist aggression.”

By strengthening ties with Taiwan, the United States serves the interests of international peace and prosperity, Taiwanese Minister of Economic Affairs Wang Mei-hua said, speaking to an audience at the Center for Strategic and International Studies. ahead of this week’s show.

“The waters surrounding Taiwan are home to the busiest shipping lane in the world,” she said. “This area is densely packed with freighters and cruisers. China, Japan, South Korea and many other countries all depend on the shipping lanes to deliver their goods around the world, and vice versa.”

Wang noted that Taiwan sends 32% of its total exports to China, up from 80% a decade ago. She attributed the change to “increasing uncertainty in China’s political and economic environment” as well as changes in the global environment. Taiwan’s investment in the United States and other Asian countries has increased significantly, she added.

Ambassadors from Palau and the Marshall Islands were among the VIPs who attended the exhibition. The two Pacific island nations are among about a dozen nations that diplomatically recognize Taiwan.

“Our relationship with Taiwan is rock-solid,” Hersey Kyota, Palau’s ambassador to the United States, told VOA.

“We value our common democratic principles, human rights,” he said, as well as economic development and people-to-people relations with Taiwan.