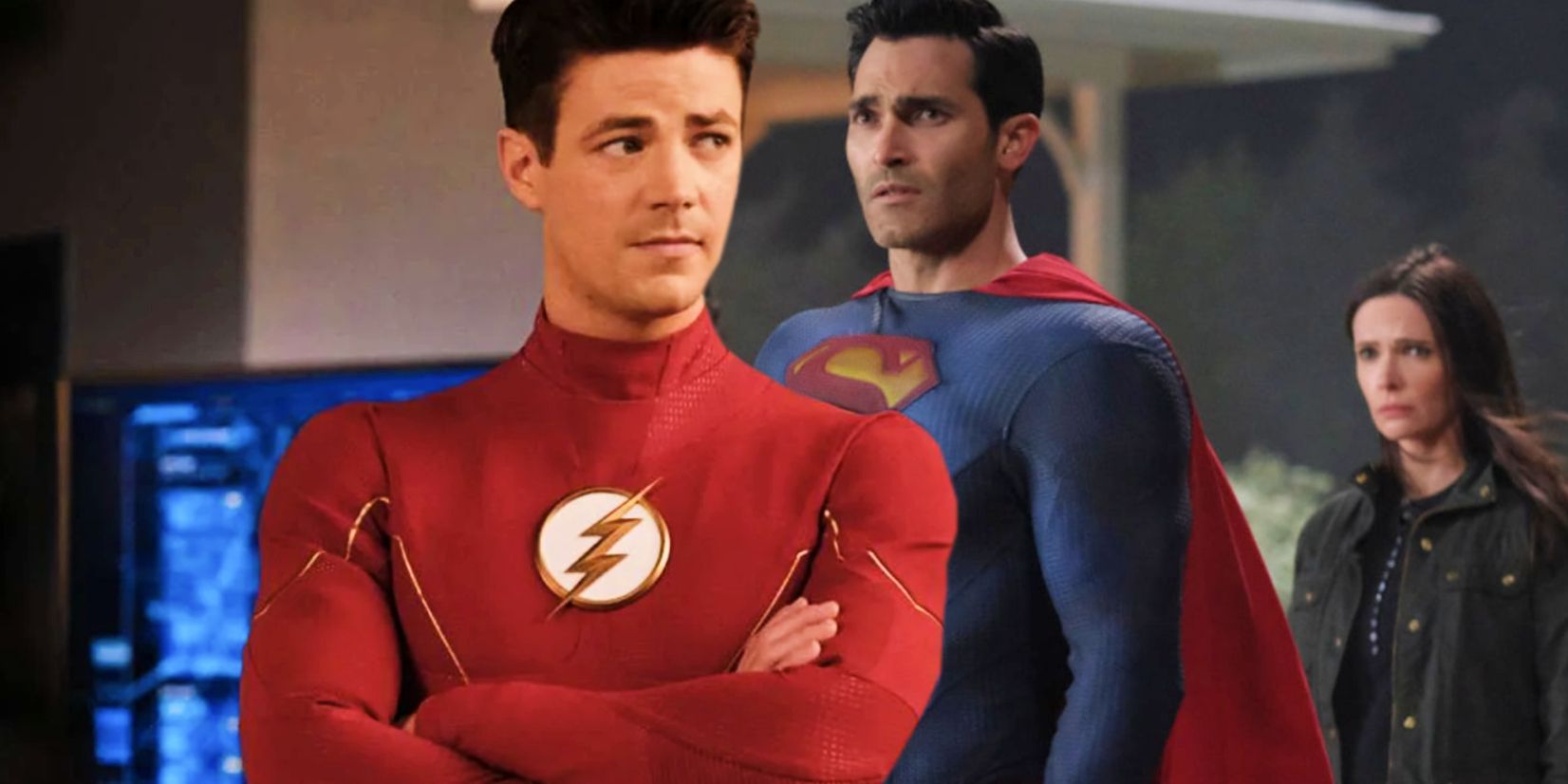 Superman and Lois hint at Flash Villain for season 2

Jonathan’s new love interest in Superman & Lois has dropped a reference to Central City that could lead to the introduction of a Flash villain in Season 2.

The events of Superman and Lois season 1 episode 14 hinted at a villain from Flash appear at some point in the future of the series. Crossovers with other Arrowverse characters outside of the DC Universe’s Man of Steel corner have been rather limited in Superman and Lois season 1, but that could be about to change. That possibility was set up by a reference to Central City from Jonathan’s new love interest Tegan Wickham (Kayla Heller).

The biggest Arrowverse connection used so far was an appearance of Arrow‘s John Diggle (David Ramsay) in battle against a Superman possessed by General Zod (Tyler Hoechlin). However, the creation of Earth-Prime in “Crisis on Infinite Earths” allowed for a greater intersection between the various shows of the Arrowverse. So, while Superman didn’t interact much with the characters of Star City and Central City in Season 1, these kinds of situations are on the table at all times. Superman and Lois wants a crossover. At any point, Superman could meet an existing Arrowverse hero or villain, be it someone from Legends of Tomorrow, Black Lightning, Supergirl, Arrow, Flash, Where Batwoman.

Related: Clark Kent Would Agree With Batman’s Anti-Superman Plan In The Arrowverse

Superman and Lois maybe just teased an enemy from the Scarlet Speedster’s Gallery of Thieves in Flash cross the path of the Kent in Smallville. Superman and Lois Season 1 Episode 14, titled “The Eradicator,” brought up Tegan’s past by having the character explain that she and her mother moved to Smallville two years ago after her father was arrested and sent to jail in Central City. Her father could of course be just an ordinary criminal, but the specific mention of Central City suggests there might be more to the story. After all, Central City is the metahuman epicenter of the Arrowverse because of the particle accelerator explosion. So Tegan’s father could easily be a metahuman villain who had previously been apprehended by Barry (Grant Gustin) and Team Flash.

The most likely option is that it was captured offscreen, which would allow Superman and Lois to introduce a new metahuman villain. Alternatively, Tegan could be the daughter of an established villain from the show, although it’s not clear who that could be. Barry has fought dozens of villains over the years, but of those who are still alive, very few fit the timeline given by Tegan. One candidate would be The Hotness of season 4.

No matter who the bad guy is, that person could go looking for Tegan in Superman and Lois season 2. If that were to happen, Jonathan could somehow get caught in his sights, forcing Superman to step in and defeat him. Another scenario is that Tegan’s Central City line was supposed to provide the installation of one of the Lightning Special episodes of season 8. Flash has five mini-crossovers slated for the start of Season 8. A team with Superman against one of his enemies in Smallville just might be one of them.

Nicholas Raymond is a film and television screenwriter for Screen Rant. He graduated in journalism from the University of Montevallo and is the author of the psychological thriller and time travel novel, “A man against the world”. Nicholas’ love for storytelling is inspired by his love for film noir, westerns, superhero movies, classic movies, and ancient history. Her favorite actors are Tyrone Power and Eleanor Parker. He can be reached by email at [email protected] and on Twitter at @ cnraymond91.

COVID-19: Some companies explore if four-day workweek could increase productivity