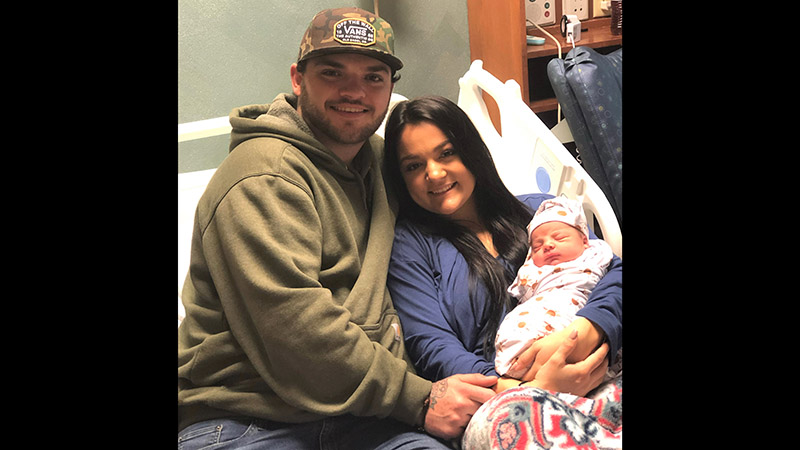 Suffolk welcomes first baby of the year – The Suffolk News-Herald

Shortly after midnight, one of the new members of Suffolk made a grand entrance.

Brixton Walston was born at 12:25 am at 7 pounds and 7 ounces. He was greeted by first-time parents Hannah Downey and Matthew Walston. The couple live in Suffolk, the hometown of Walston. Downey is from Smithfield.

Brixton was not only the first baby born in 2022 at Sentara Obici Hospital, but, according to Sentara Healthcare, he was the first of all Hampton Roads at Sentara Hospitals.

Brixton arrived just over a week before her initial due date on January 9. His parents were prepared for an early arrival, as Downey was due to be induced on January 3. However, as the couple rushed to the hospital on New Years Day. Eve, their family wondered if Brixton would end up sharing a birthday with her father, who was born on December 31.

â€œWe were very surprised,â€ said Downey of Brixton’s early arrival. “We thought he was coming on his dad’s birthday, but he decided to stick it out for the New Year and outdo his dad.”

According to Downey, the pregnancy and childbirth went much easier than she expected. The family are now home, mom and baby are doing well as they prepare for an unforgettable year.

Bellefontaine College publishes the director’s list, the honor roll and the merit roll