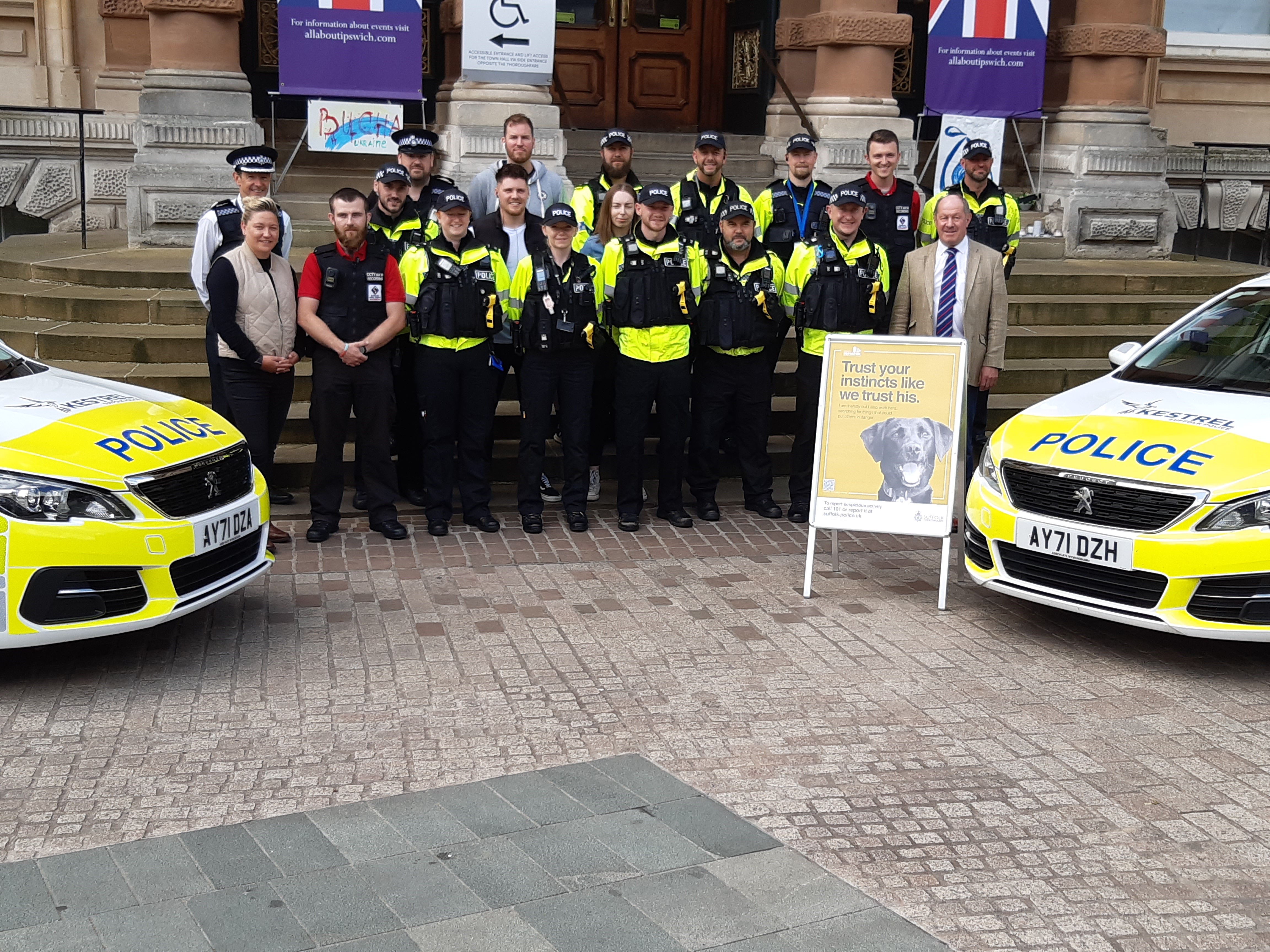 Project Servator – a police tactic used to disrupt a range of crime including terrorism – is being launched in Suffolk this week.

The approach, which sees police, businesses, community partners and the public working together, is already being used in various parts of the UK, including across London after being launched by the City of London Police in 2014.

Project Servator sees the deployment of highly visible, plainclothes police officers, supported by other resources such as dogs and firearms officers. Deployments can take place anywhere and at any time and include specially trained police officers to spot telltale signs that individuals might be planning or preparing to commit a crime. The agents involved must demonstrate a nationally recognized level of competence before they can become operational.

The tactics have been developed and tested by security experts from the Center for the Protection of National Infrastructure (CPNI) in partnership with the City of London Police.

Deployments are designed to make the environment as uncomfortable as possible for criminals to plan or carry out their activities.

The deployments, which will be led by all three Kestrel teams, are designed to make the environment as uncomfortable as possible for criminals to plan or conduct their activities and increase their fear of detection.

Inspector Matt Breeze said: “We are really delighted to be launching Project Servator in Suffolk. This is a fantastic opportunity for us to speak to local businesses and staff about the importance of being vigilant at all times and of working with them to keep everyone safe and adding another layer of security to our existing policing methods.It is important to say that we are not doing this in response to any particular threat.

“A big part of Project Servator focuses on engagement between officers and members of the public who will work together to act as an extra set of eyes and ears and report suspicious activity.”

Suffolk Police and Crime Commissioner Tim Passsmore said: ‘I really welcome the forceful adoption of Project Servator in addition to its operational policing tactics. Originally used as a counter-terrorism tactic, this proactive. the partnership approach has been broadened to support the fight against all criminal activity. I’m sure this will work very successfully in Suffolk as it will go a long way in improving public engagement and trust.

“It clearly demonstrates that the Constabulary is always looking to use new techniques to prevent and deter crime, keep homes and businesses safe and bring criminals to justice – something we all support in Suffolk.”

Sophie Alexander-Parker, chief executive of Ipswich Central, said: ‘It’s great to partner with the police in terms of being on the streets to make sure we keep people safe and tackle crime. We are all behind this and look forward to our rangers being involved as and when needed.

You have a vital role to play in helping the police by reporting anything wrong, such as an item left unattended or someone acting suspiciously. Immediately report any suspicious activity to a police officer or member of staff or call the police on 101. Suspicious activity is anything that seems out of place, unusual or does not seem to correspond to everyday life. If it is an emergency, for example if you find a suspicious package, always call 999.

During an hour-long patrol in Ipswich this morning (June 9), officers recorded three incidents of suspected drug possession, collected 12 pieces of intelligence and located one missing person.

You can report terrorist or extremist content online via Action Counters Terrorism (campaign.gov.uk)

**Servator is a Latin word meaning ‘watcher’ or ‘watcher’.