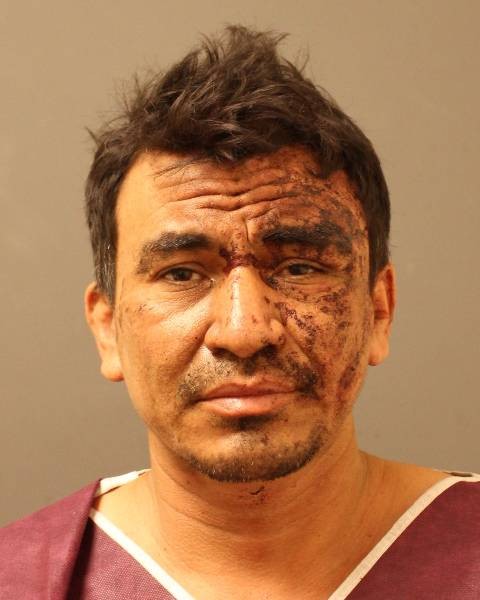 (SUFFOLK COUNTY, NY) – Suffolk County District Attorney Raymond A. Tierney today announced that 40-year-old Santiago Monzon-Archila was sentenced to an indeterminate sentence of 2 ¾ to 8 ¼ years in prison after pleading guilty in June of second-degree manslaughter.

“This victim’s life was cut short due to the decisions of this defendant, which showed complete disregard for the safety and well-being of his passenger and other motorists,” Tierney said. “We will continue to crack down on drivers who choose to endanger the citizens of Suffolk County on our roads.”

According to court documents and the defendant’s confession, on December 17, 2021, at around 5 a.m., the defendant lost control of his vehicle on Flanders Road and crashed through an iron fence, in a parked truck and then through a wooden fence causing the car to take off and eventually crash into a house on Flanders Road. The responding officer estimated that the accused’s car crashed into the house about 10 feet in the air. The defendant’s car landed upside down with him trapped inside. The police saw the accused cut himself off from the driver’s seat belt.

Following the accident, the defendant’s passenger, Edis Noe Hernandez Nunez, was ejected from the vehicle and later pronounced dead at Peconic Bay Medical Center. Monzon-Archila admitted to police that he and Edis had been drinking beer since 7 p.m. the day before. Police recovered beer cans from the scene. The district attorney’s office requested a search warrant for the defendant’s hospital blood which was drawn an hour after the crash. The results of the analysis revealed a blood alcohol content of 0.13%.

In addition to second-degree manslaughter, the accused was sentenced to a concurrent sentence

This case was heard before the Honorable Justice of the Supreme Court Richard I. Horowitz and Monzon-Archila was represented by Jeremy Mis, Esq. of the Legal Aid Society.

This case is being prosecuted by Assistant District Attorney Carl Borelli and James P. Scahill of the Vehicular Crime Bureau.

Criminal complaints and indictments are only adversarial instruments.

Defendants are presumed innocent until proven guilty. No one is above the law.