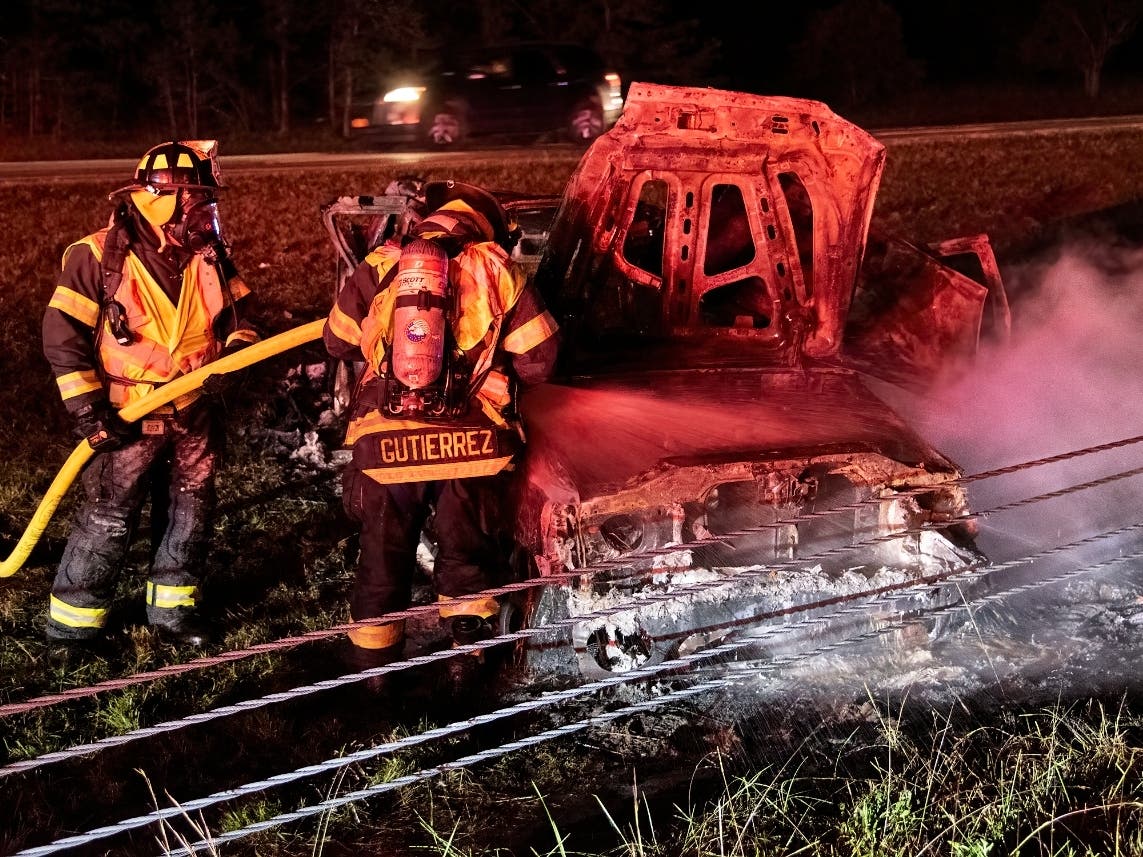 According to the Westhampton Beach Fire Department, the incident took place at 10:40 p.m.; initial reports indicated that there had been a possible turnover. However, when Third Deputy Chief Jeff Wachenfeld arrived, he told headquarters he found a pickup truck in the center’s midline, fully involved in the flames, officials said.

Firefighters who responded with an engine, rescue truck and tanker quickly extinguished the flames, which had not spread to the grass in the median, officials said.

The driver, who was the only person in the truck, was able to exit before the first responders arrived; he was taken to Peconic Bay Medical Center by the Westhampton War Memorial Ambulance with undisclosed injuries, officials said.

The fire department closed a westbound lane during the incident and was cleaned up at around 11:45 p.m. New York State soldiers and Southampton Town Police were also at the scene, officials said.

To request that your name be removed from an arrest report, submit these required elements To [email protected]