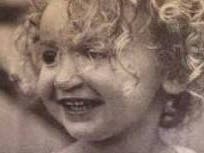 RIVERHEAD, NY – A mother who was charged with drug-impaired driving after a Jan. 13 crash that killed her 4-year-old daughter, has been charged and faces enhanced charges, according to court documents online .

Suffolk County District Attorney Ray Tierney confirmed the charges and said Wesolowski is due to be arraigned on March 29.

Gracelyn Jane Perkowski died Jan. 16 after being seriously injured in the Flanders Road crash, according to New York State Police.

According to New York State Police, at 11:40 a.m. on January 13, Southampton City Police received a call about an accident on Flanders Road.

Wesolowski was driving a 2005 Toyota RAV4 with his daughter Gracelyn when the car collided with a 2022 Volkswagen Tiguan driven by Sonya Fezza, 29, of Water Mill, police said.

Wesolowski was first arrested and held for the morning arraignment, police said.

Both drivers were taken to Peconic Bay Medical Center for treatment and released. the child was taken first to Peconic Bay and then to Stony Brook University Hospital in critical condition, police said.

Officials said Southampton City Animal Control Officer Colleen Kidd “sprung into action quickly” and helped save the little girl’s life. Neighbors also reportedly rushed to the scene to help the child. She was taken to hospital by Flanders-Northampton Volunteer Ambulance, who continued to work tirelessly to resuscitate her.

After Gracelyn’s death, many came together to raise money to help her father John Perkowsi and sister Kinley.

A heartbroken community is also mourning her loss: “Gracelyn was a rainbow on a cloudy day. Her smile could light up a room and her laughter could warm even the coldest of days,” said Rose Horton, director of the David’s School. “Gracie will be forever remembered by her classmates, her teachers and the entire St. David’s community. I know her loss left a permanent mark on my heart. We will continue to pray for her family during these unimaginable times.”