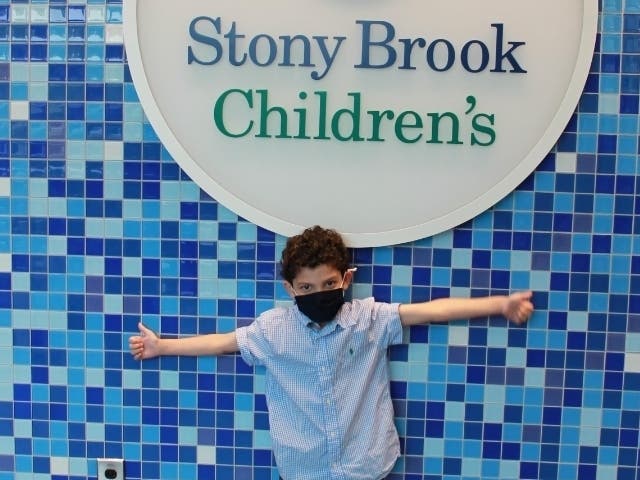 HAMPTON BAYS, NY – A little boy has given back a lot to help other hospitalized children after a frightening experience.

According to Lisa Luna, her son Lucas is 6 years old and a student at Hampton Bays Elementary School in Hampton Bays.

“On Valentine’s Day, he had a life-threatening medical emergency that required hospitalization at Stony Brook Children’s Hospital. Two weeks later, he was hospitalized a second time at the same hospital,” he said. she declared.

Her son, Luna said, was sick with a virus and had difficulty breathing; he was eventually diagnosed with asthma. When she took him to emergency care in Hampton Bays, staff immediately called 911 for an ambulance to take him to Peconic Bay Medical Center; from there he was sent by ambulance to Stony Brook Children’s Hospital.

The following days were filled with uncertainty and setbacks, many doctor and hospital visits – and missing school, she said.

But an outpouring of kindness meant everything, Luna said.

Lucas’ kindergarten teacher, Brittany Morlock, reached out and asked him what she could do to make him feel better – if she, the class or the school could find a way to comfort and to encourage, Luna said.

“After talking with Lucas about what we could do, he decided to start a fundraiser at his school to raise money and toys for the children at Stony Brook Children’s Hospital,” Luna said. “He wanted to cheer up other sick kids.”

While hospitalized, the most memorable part for her son was the Life Services department, which provides toys and activities for pediatric patients, Luna said.

“He received toys, coloring books and participated in art projects and a magic show,” she said. “His favorite was the mini LEGO set he received and was able to take home.”

After speaking with her teacher, she was extremely excited about making Lucas’ dream of helping other children come true, Luna said.

“Working with the district office, fundraising was up and running,” Luna said.

The K-Kids group, along with Lucas and Morlock, arranged to sell emoji key rings to students at the school, with proceeds going to the Life Services Department at Stony Brook Children’s Hospital, a said Luna.

“With keychain sales and a few donations from family members, the fundraiser was a great success – they raised $1,100 as well as a box full of LEGO sets that kindergarten teachers donated. personally given,” she said.

Luna said the purpose of sharing the story was to help children facing similar situations.

“Maybe others will be encouraged to take an extremely scary situation and make it a good experience,” she said. “I hope someone who is in a difficult situation can turn it into a positive one.”

Additionally, Luna added that she wanted to shine a light on all the tireless efforts of community members who came together to make a baby boy’s dream come true.

“This hospital is so important – they save so many lives every day,” Luna said.

Stony Brook staff members were overwhelmed with the kindness.

“One of our patients, Lucas, recently returned with a cart full of toys and a cash donation to our Child Life program!” Stony Brook Children’s Hospital wrote on Facebook. “A big thank you to Lucas, his family and classmates at Hampton Bays!”