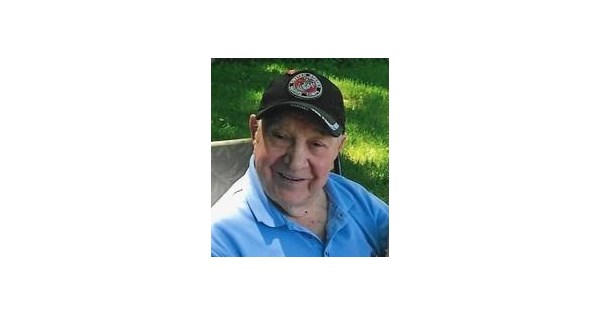 Two days after graduating from Chelmsford High School in 1943, James enlisted in the United States Marine Corp. He was a veteran of World War II and the Korean War. During World War II he served in the Asia-Pacific Theater with the 3rd Amphibian Corps and participated in the Battle of Okinawa. As part of his Navy training, he graduated as a heavy anti-aircraft director technician from the Sperry Gyroscope Company in Brooklyn, NY. He was awarded the American Zone Medal, Asian Metal with a Star, World War II Victory Medal, and Marine Corp Good Conduct Metal. He was a life member of the Lowell Marine Corp League. He was a shining example of honor and patriotism.

James was well known as the owner of the O’Conner and Hill hardware store on Lawrence Street in Lowell. He owned and operated the store for 51 years with his son James A. Hill. He was a member of the New England Hardware Dealer Association, National Hardware Dealer Association, and he was affiliated with Standard Hardware Inc., Merrimack, NH, Cotter Co. True Value, Chicago, Illinois.

He was a talented tradesman who built his own home in Lowell and a summer camp on Little Island Pond in Pelham, NH, where he spent many years boating, skiing, swimming and to spend quality time with his family.

He was a man of faith and a member of the old Fellowship Methodist Church in Lowell. James was an avid golfer and bowler. He sponsored bowling teams competing in the City Bowling League and Lowell Business Men’s League and competed in the couple’s league at the YMCA. He enjoyed gardening and especially windjamming along the coast of Maine with his wife Ethel and friends. And he also enjoyed his occasional scratch ticket and trip to the casino.

He is survived by his daughter Linda Elliott and her husband Frank Elliott of Dracut, as well as his son James Hill and his wife Debra of Dracut. James also leaves behind three grandchildren, Carolyn Carbonneau and Catherine McLean, both of Dracut and Allison Hill of Lowell. Also, four great-grandchildren Joseph, Madelyn, Layla and Emma who knew him affectionately as “Grandpa Hill”. He is predeceased by his brothers Hugh, William and Thomas Hill and his sisters Marguerite Connors and Sarah Millicent O’Connor.

The family is extremely grateful for the care and compassion shown by all staff at the D’Youville Life and Wellness Community where James spent the last three years of his life. Their care and compassion never diminished, even through the extraordinary challenges posed by Covid.

FAMILY AND FRIENDS CAN CALL AT THE FAY McCABE FUNERAL HOME, 105 MOORE STREET, LOWELL ON TUESDAYS FROM 9 AM TO 11 AM. THE FUNERAL SERVICE FOR JAMES WILL FOLLOW AT 11 AM AT THE FUNERAL HOME. FACE MASKS ARE REQUIRED IN ALL INDOOR PUBLIC SPACES PER CITY IN THE LOWELL HEALTH DEPARTMENT. BURIAL WILL FOLLOW AT LOWELL CEMETERY. AS AN EXPRESSION OF SYMPATHY, IN PLACE OF FLOWERS, DONATIONS IN JAMES’ MEMORY MAY BE MADE TO D’YOUVILLE SENIOR CARE PATIENT ACTIVITIES FUND, 981 VARNUM AVE, LOWELL, MA 01854.