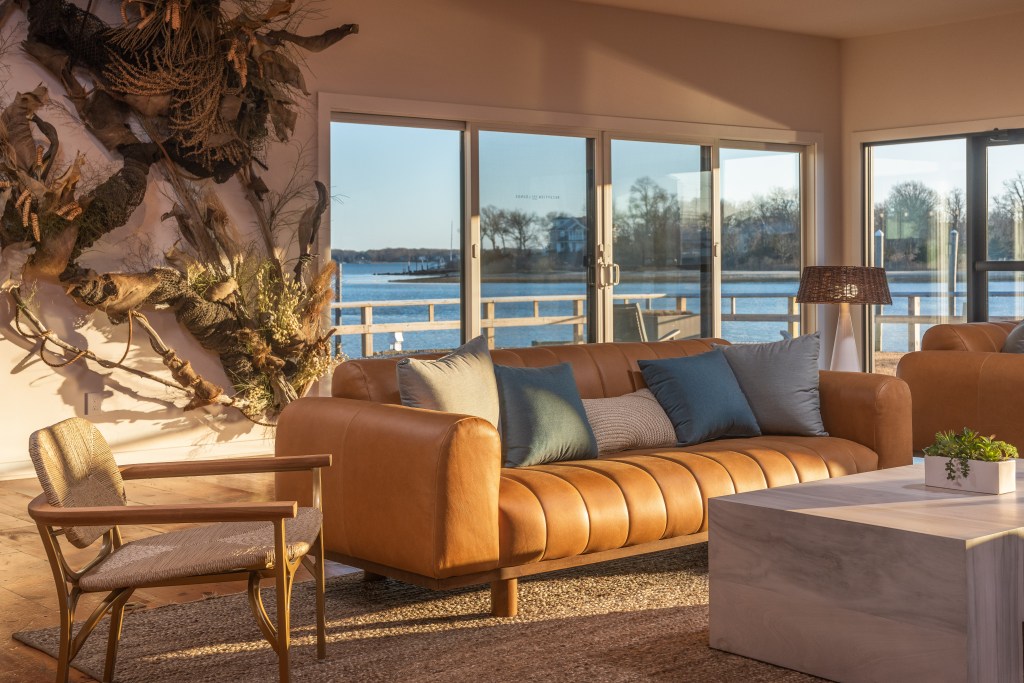 “At certain times of the day, it looks like diamonds are glistening above the water,” says Jonathan Tibett, one of the owners of North Fork’s newest boutique hotel, The Shoals. Tibett sits on the property overlooking Peconic Bay in late spring, shortly before the official start of the summer season in the east.

The hotel is the project of longtime residents of the area, who approached the property with understated elegance in mind and the intent to create opportunities for guests to reconnect with nature. “When you come here, you want to take off your shoes, put your feet in the grass and connect to the ground,” says Tibett.

The Shoals looks towards Shelter Island, with the Hamptons due south. The rooms were designed with floor-to-ceiling windows to tap into the natural beauty of the hotel’s surroundings, “so that you bring out the inside and the outside,” says Tibett. “The whole idea of ​​the property is to experience the outdoor space as the view is just stunning.”

The Shoals has 20 suites, all equipped with kitchens and private outdoor spaces. In addition, a marina with 20 docks allows passing boaters to dock and spend the night. The hotel also has a 28-foot Chris-Craft chart boat that guests can enlist. “We’re all boaters and we love Peconic Bay,” says Tibett. “We want people on the water.”

Drawing on the location’s history as one of the world’s most important waterfronts for scallop and oyster production, the property has partnered with the Little Ram Oyster Company, run by a woman, who operates a full production of oysters on site.

The idea was to “get the waterfront back in business,” says Tibett, adding that the oyster farm serves as a steward for the bay. On Wednesday nights, the hotel serves freshly shucked oysters paired with local wine and beer from its “Shuck Truck,” an on-site food truck that will be offering take-out food throughout the week. A former fish market and bait shop on the property have been renovated and turned into a gift shop and indoor event space can accommodate up to 75 people.

A 17-foot sculpture by Oriano Galloni, which features a giant foot as its base, recalls the grassy feet mentality and mirrors the sailboat masts still visible from the property.

The Shoals may well attract more Hamptons worshipers up north this summer, though Tibett notes The Shoals is for anyone who can get out east.

“It’s accessible by seaplane; you can come by bus or the Long Island Railroad – everything is incredibly accessible. So there is no limit as to who the guest is,” says Tibett. “Everyone from the local to the passing boater and that New Yorker looking for an incredibly unique experience.”

The latest beach readings are inspired by Hallmark movies