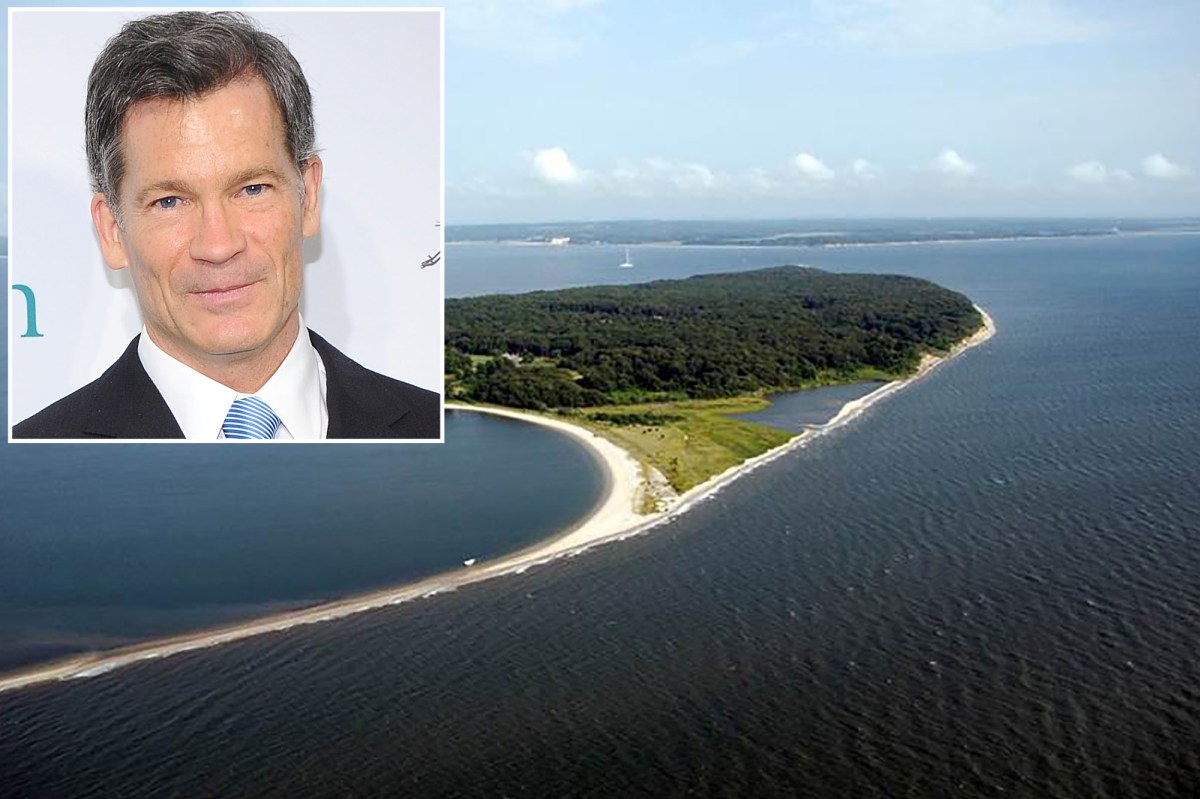 You’ve probably never heard of Robins Island, a teardrop-shaped islet half the size of Central Park in Great Peconic Bay at the eastern end of Long Island. But it is perhaps the most valuable private estate of all the Hamptons – and the most untouchable.

Sandwiched halfway between the North and South Forks, Robins Island spans approximately 435 acres with miles and miles of waterfront.

By comparison, a 42-acre resort, less than a tenth the size of Robins Island, with far less waterfront, sold in Southampton this spring for almost $ 145 million.

“If this was just raw land, I guess Robins Island would be worth around $ 100 million,” Corcoran’s Susan Breitenbach guessed, noting that she has never visited the island. “But depending on what’s out there in terms of infrastructure, it could be worth $ 200 million to $ 500 million.”

Satellite images reveal two large residences on the island, which appear to be a gatehouse, tennis court, dock, and thick woods. Boats to the island leave from the North Sea port in Southampton.

But the very fact that the area’s brokers, who make a point of knowing the ins and outs of the best Hamptons estates, are hazy about its structures and amenities illustrates just how much a veil of mystery surrounds Robins Island.

Asked by The Post on the island, the captain of the port of Sag Harbor and a village policeman shrugged their shoulders.

John Diat of North Haven, 59, said the waters around Robins are famous for their fishing, but he is less certain of what could happen on the island itself. The retired media official added that he had heard of busy bird hunts on the island.
“I heard Jimmy Buffett was filming there in November,” he said.

A sailor from Montauk – dressed in a dark beige safari vest and trucker cap emblazoned with the word “CASH” – added that he had heard urban legends on Robins Island.

“I don’t know if there is any substance to this, but I was told that Captain Kidd had buried treasure there,” said the sailor, who asked to remain anonymous.

“It’s absolutely true,” said Tonya Witczak, 46, a Cutchogue resident. “The owner just won’t let you look for him there.”

This mysterious “owner” is 64-year-old billionaire financier Louis Bacon, who bought Robins Island in bankruptcy court in 1993 for just $ 11 million.

Born into a wealthy family in North Carolina, Bacon cut his teeth on Wall Street as an investor and hedge fund manager, launching Moore Global Investments in 1990 with $ 25,000 in family money and turning him into one. most lucrative hedge funds ever.
But while most of the Masters of the Universe tend to take an interest in Hamptons real estate once they made their fortune, Bacon’s interest in Robins Island began during his time working on a charter fishing boat departing from Montauk and regularly cruised past the island.

At this time, ownership of the island was in dispute – it had been since the War of Independence, when it was seized from its loyal owner, Parker Wickham, by patriotic members of the Culper Spy Ring.

Almost 200 years later, in 1979, it was sold for $ 1.3 million to German investors who tried unsuccessfully to give it to everyone from Moroccan royalty to Donald Trump.

In the late 1980s, Suffolk County nearly bought it out to help preserve the land – which was one of the last largely underdeveloped areas in the East End – but politics stood in the way of a deal. .

Around the same time, in 1989, Wickham’s descendants filed a lawsuit to regain control of the island, which they said had been stolen from their family. These disputes allowed Bacon to rush to buy Robins Island on the cheap.

But unlike his peers, who built off-scale Bond villain lairs in the Hamptons, South Florida, Beverly Hills, or Aspen, Bacon gave his stronghold of loneliness to the birds.

In 1997, Bacon granted a conservation easement for most of the island to the Virginia-based world environmental organization, Nature Conservancy, making Robins Island a protected wilderness area.

This isn’t the first time Bacon has preserved incredibly valuable real estate. According to the Moore Charitable Foundation website, the conservation philanthropist has “protected over 214,000 acres of land in perpetuity across the United States,” including granting conservation easements in his home state of Carolina. North (to protect the Cape Fear River watershed), Wyoming and Colorado. His 167,000-acre Colorado donation on the Trinchera Blanca ranch to the US Fish and Wildlife Service was the largest he had ever received.

But not all of Bacon’s land deals work equally well.

He is best known for his mansion in the exclusive gated community of Lyford Cay in the Bahamas, where he had a vicious, long-standing and very public feud with his neighbor and disgraced fashion mogul Peter Nygård.

For more than a decade, the men fought in courts from London to Los Angeles, exchanging development rights suits and libel suits, including charges of drug trafficking, personal injury and personal injury. even a suspicion of murder.

The Hatfields and McCoys of the last days never mended their faces, although ultimately Bacon’s founding was famous in the Bahamas for his work in conserving the oceanic whitetip shark, while Nygård’s headquarters in New York was raided by the FBI last year before he was officially charged with sex trafficking.

Today, Robins Island provides a safe haven for endangered local shorebirds, including terns, piping plovers, sandpipers and oystercatchers. Ospreys thrive and at least one pair of bald eagles have mated on the island, while otherwise endangered animals (the eastern mud turtle) and plants (knotweed) may be. seen thrive in the restored environment of Robins Island.

Mature oak trees were replanted to replace those previously harvested, grasses not native to the area were removed, and the herds of deer that once invaded the island were culled.

While neither Bacon, notoriously shy of the press, nor his philanthropic Moore Charitable Foundation commented on The Post, a spokesperson made it clear that the regular hunting parties and celebrity sightings on Robins Island were nothing more than gossip.

The official word about Buffett, for example, is that no one knows anything about the King of the Parrotheads who ever comes by for a friendly visit. Representatives for Buffett did not respond to requests for comment.

As for the real estate value of Robins Island – even in a Hamptons market that is “out of control” with “almost nothing available,” according to Breitenbach – neither Bacon nor his heirs will ever be able to profit from the development.

But don’t worry too much about Bacon: he still has Captain Kidd’s treasure to fall back on.

Finally, the ancestral cemetery will be returned to the Shinnecock Nation

A dog grass track in West Babylon, a first for an LI State Park