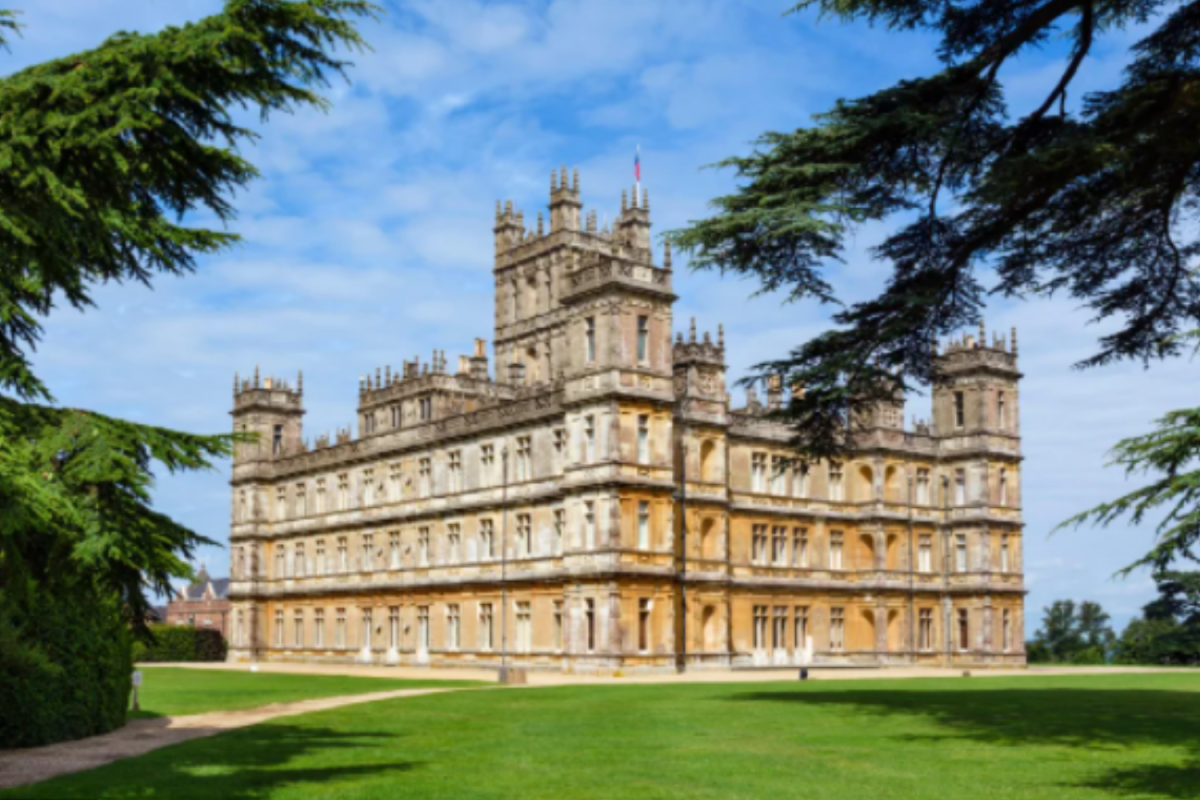 The celebrity chef and her husband Harry Herbert have moved to Broadspear House, a 300-year-old cottage on the grounds of the famous house, which is home to ITV’s fictional aristocratic Crawley family.

The property was donated to Harry by his father Lord Porchester, the 7th Earl of Carnarvon.

The castle is part of a 5,000 acre estate in Hampshire.

Clodagh told Ray Foley and Roz Purcell on The Six O’Clock Show: â€œWe got married and live in Highclere Park, which of course is known as the backdrop for Downton Abbey.

“We don’t live in the castle, we have a beautiful house called Broadspear.”

Since the happy couple moved in two years ago, Clodagh has brought the property back to life.

The 46-year-old said: “We grow our own vegetables, have our own beehives, chickens … we get pigs! It’s very exciting.”

The Irish star and her husband had a rustic and wild wedding in the forest of Highclere Park.

Clodagh explained, â€œWe got married here and I wanted it to be very open, with a wild feeling for the wedding.

“Imelda May sang that day which was amazing.”

Clodagh wore a lace dress with elbow-length sleeves while Harry, whom she met in 2017, wore a gown with a cream waistcoat.

The newlyweds left the church in a horse-drawn carriage her husband drove into Highclere Park.

Guests at the service included Laura Whitmore of Love Island and her voiceover star husband Iain Stirling, who arrived in kilt.

Former Chancellor of the Exchequer George Osborne was also present with his fiancee Thea Rogers and their one month old son Beau.

Jane Austen’s 16 Best Film and TV Adaptations, From Bride and Prejudice to Clueless