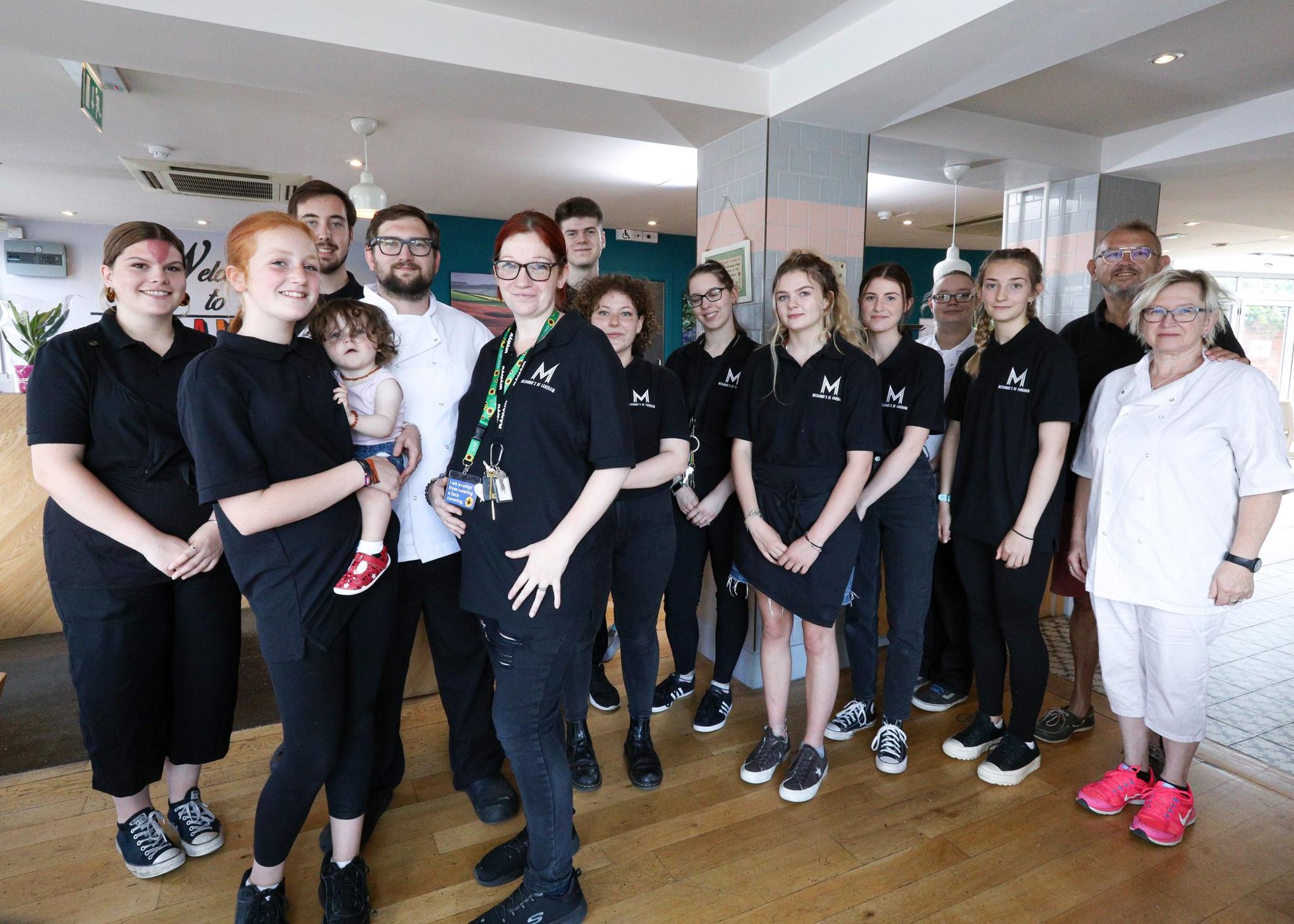 McDambi’s in Fareham opened on Tuesday in the former Italian Ask unit on West Street.

The venue, which had been empty since the pandemic began in March 2020, has been transformed by entrepreneur Sara Pollard, 33, formerly of the Roebuck Inn in Wickham.

The original opening date was for the beginning of September, but the team worked hard to get the place ready and they found themselves able to open a week ahead of schedule.

Register now to our daily newsletter

The newsletter i cut through the noise

Owner Sara Pollard-Dambach, fifth from left, and her staff at the opening of McDambi’s restaurant in West St, Fareham Photo: Chris Moorhouse (jpns 240821-21)

The opening was slightly different because Sara wanted to fundraise for a charity close to her team at the restaurant: Changing Faces.

The whole team took on different challenges, with Sara shaving off half of her hair, while other staff members killed each other’s hair of different colors.

One team member ran 10 km in 10 days and others had their legs waxed.

Senior waitress Sophie Parker was born with a birthmark on her face and is an ambassador for Changing Faces, a charity that represents people with visible differences.

Sara said: “When Sophie came to work for me a year ago she was and is such a beautiful and adorable girl and to watch her grow up and her self-confidence shine over the past 12 months has been a privilege so it was a no brain that Changing Faces was the charity I chose.

The team created a GoFundMe page dedicated to the association and set a goal of £ 2,000, but within days they exceeded the target and are now hoping for more.

Sara, who is pregnant with her third child, is holding a raffle for the opening and saw a huge response from the community and they received 27 donation prizes to put in for it.

Sara, from Swanmore, said: “It’s so nice to see the love and support for us and what we do here at McDambi.

“It’s so humbling to see so much kindness after the year that everyone has had with Covid. It’s nice. It is really nice.’

The restaurant was officially opened by the Mayor of Fareham, Pamela Bryant, who applauded the owner and congratulated the opening of the restaurant which is expected to serve British, Italian and Swiss dishes.