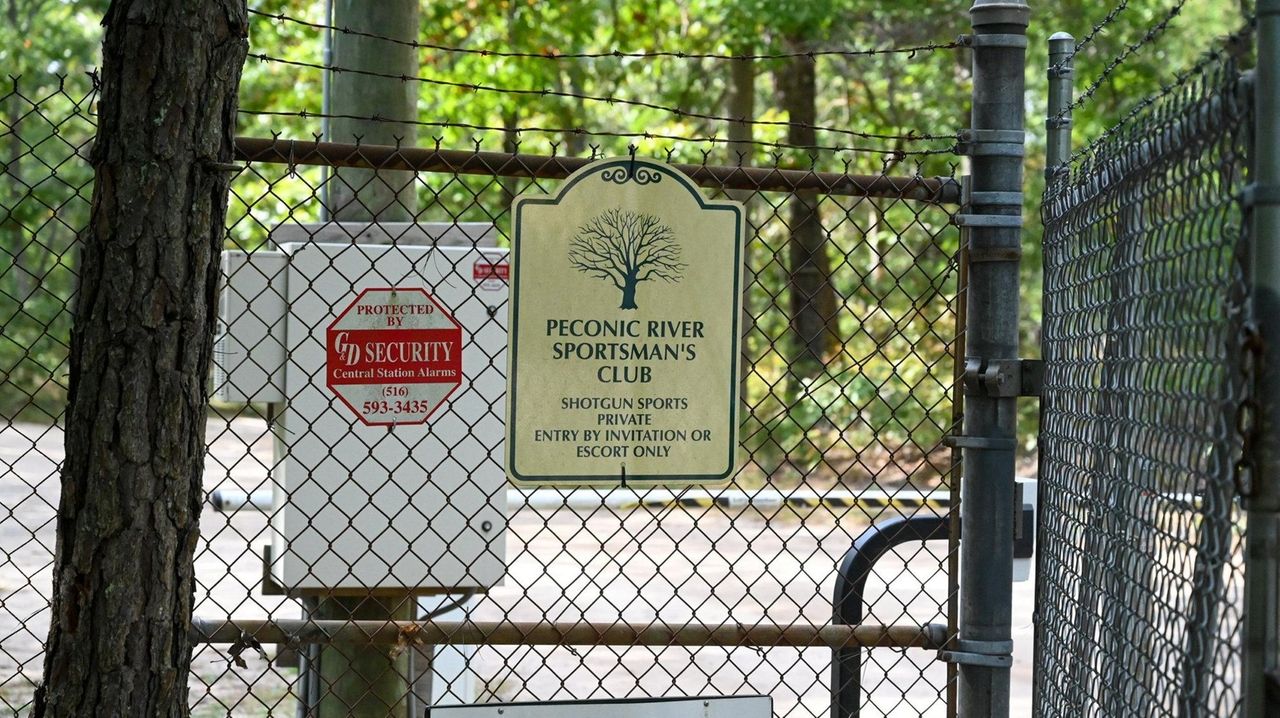 Last month, the Suffolk County Legislature voted to renew a 25-year lease for a private Calverton club use of more than 260 acres of county-owned land and a stretch of one mile from the Peconic River for private shooting, fishing and other sporting events. But critics cry foul.

The Peconic River Sportsman’s Club, which had already obtained a lease from the county in 1998, has benefited from the use of the property for decades. Signs on county-owned land surrounded by a fence around the property warn visitors that “trespassing for any purpose is strictly prohibited,” but the county says the group has no use “Exclusive” to the facility because “the group offers many opportunities for the public to participate in on-site programs,” including “shooting matches and competitions, fishing events, charity events.”

Leg. Al Krupski (D-Southold), who co-sponsored the measure with Suffolk County Director Steve Bellone, said the group had approached him to speed up approval of the lease four years before it expired so he could continue to plan longer term events.

Suffolk has owned the property since 1963, according to the board resolution, and then “attributed” it to the former Babylon Rod and Gun Club, which renamed itself Peconic River Sportman’s Club in 1977. The approved legislation states that it “shall be maintained, operated and managed by the Club as an open or green space and buffer zone.”

“It’s a really beautiful place,” Krupski said on Wednesday. The resolution extols the use of the property for hunting, fishing, nature photography, canoeing, hiking and nature study. But unless specifically instructed, ordinary county residents wouldn’t know the land belongs to county park, let alone have access to it, said John Turner, an ecologist with the Seatuck Environmental Association.

“I don’t know anything like it [lease arrangement] anywhere, ”Turner said.

During a recent site visit, he said he pointed out no trespassing signs at the fenced property line warning potential visitors to stay away. “This sign is clearly misleading,” he said. “The land is owned by you and me. “

State Assembly Steve Englebright (D-Seatauket) questioned the legality of the county entering into the exclusive contract as well as gated access to a more than one mile stretch of the Peconic River within Reserve.

“In each case, it seems to me that there is a violation of public confidence and possibly of the law regarding the alienation of park land and the public’s rights to access water. and public lands, ”he said.

Dick Amper, executive director of the Long Island Pine Barrens Society, a preservation group, said the county lease “should never have been. It excludes the public interest from the value of this property. It doesn’t. shouldn’t be in the hands of a private club. “

Turner recently wrote to County Parks Commissioner Jason Smagin urging him to “look out for the best interests” of county taxpayers by including a provision in the final lease that “guarantees the general public meaningful and regular access to property. so that he can profit from the property that they collectively own. He noted that when the new lease expires, residents of Suffolk will no longer have access to the park for “86 consecutive years.”

Emily Lauri, director of community relations for the parks department, said the Peconic River Sportsman’s Club pays the county an annual royalty of $ 9,301.48 with a 3% annual increase for land use. The deal prohibits the club from making “changes” without the department’s approval. The club must also clean up the slopes every five years or less, and maintain fire halls and fences. Turner, noting that a six-foot-high fence essentially surrounds the park, said this was problematic for the free movement of wildlife.

Krupski argued that the Sportsmen’s Arrangement is no different from other county concessions such as the Indian Island Golf Course in which an outside vendor manages and operates the property on behalf of the county. Hikers, he noted, can’t just walk on the golf course.

But visitors cannot access Peconic River Sportsman’s Club without an invitation. The property has two locked key card accesses to a gated entrance on Connecticut Avenue and River Road across from the old Grumman site in Calverton. The group’s website, while touting its use by federal and local law enforcement agencies for weapons training and charity events, does not provide any information on how county residents can access or join the area. the group, which collects $ 628,000 per year in membership fees, according to Guidestar.org. Its annual revenues in 2020 were just under $ 1 million, with assets valued at just under $ 3.2 million. Lauri said the group does not charge outside groups for using the site and that no Bellona or county officials are members.

A club member who answered the facility’s phone on Wednesday declined to comment and calls to the club were not returned.

Turner said he was able to speak to Smagin this week to ask the county to make a deal in the new lease that would make the part of the county accessible to the public at times it is not used for shooting events.

The property includes a man-made pond created decades ago by a damn Peconic river, which runs through the property.

Turner said a last-minute proposal under consideration by the Parks Department would allow the athlete’s club to determine when access is granted to non-members, a plan he called “inappropriate.”

Krupski said he asked in the legislative session whether the public is seeking access to the property. Smagin, he said, “hadn’t heard of any demand for its use.”

Turner said it was likely because no one knew about the property, let alone that they were collectively owned.

“I don’t know of any other situation like this anywhere, on or off Long Island,” he said. “It seems to me to be a unique set of circumstances. It is very disturbing. Why would the public want to support the expenses” for the purchase of the land if they cannot visit the property?

Lauri said residents of the county have many alternatives to the sports club.

“The county has thousands of acres in the vicinity of this property, which allows for regular use by the public, but if this agreement did not exist there would be a tremendous amount of additional financial and human resources required to provide these recreational opportunities… to the public, ”she wrote. “This organization and this agreement allows for activities and maintenance of the property that the county does not and would be unable to provide.”