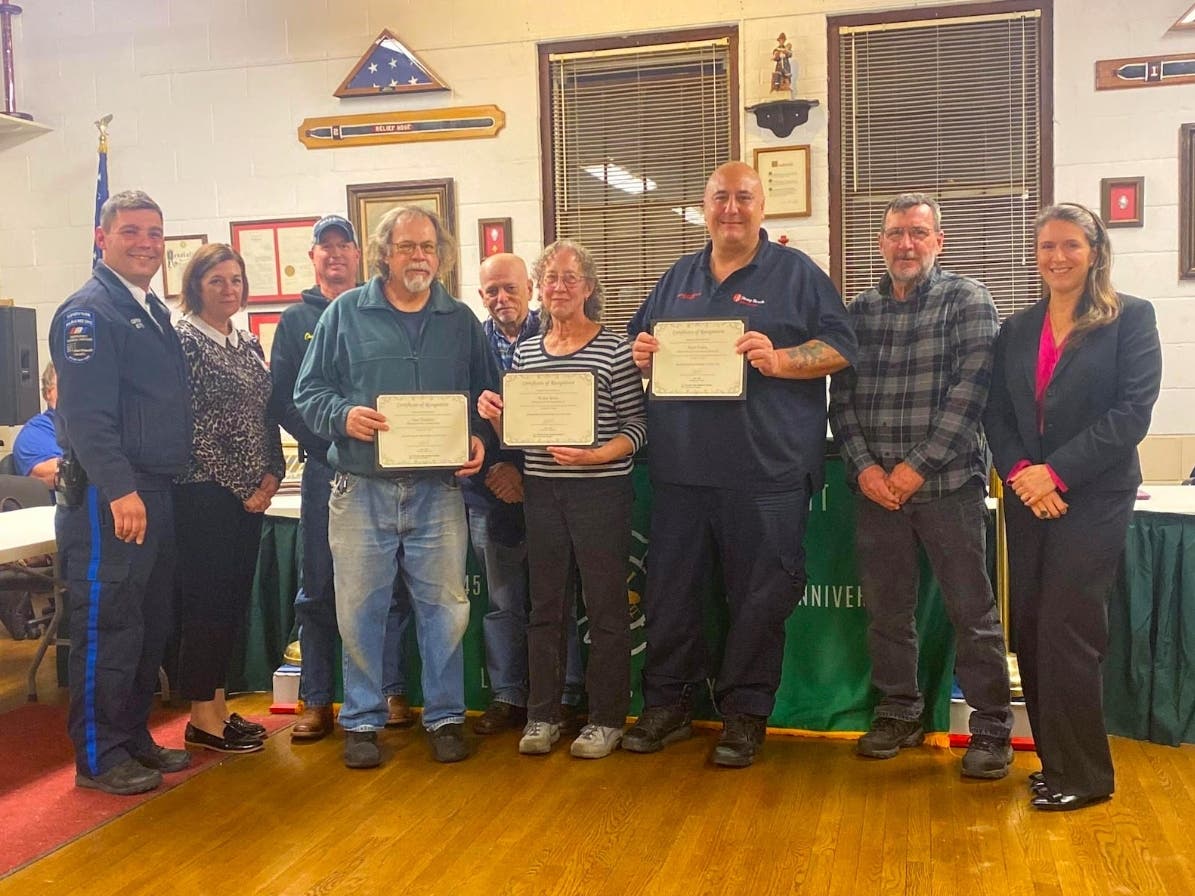 NORTH FORK, NY – A team of paramedics were recently honored for their lightning-fast response to an emergency – an effort that saved a man’s life.

Peconic Bay Medical Center recognized EMS members from the Greenport Fire Department for their work to save a man who had suffered a heart attack.

Health heroes including EMT Helen Reiss, Paramedic Scott Falley and Driver Dan Creedon, Driver stabilized the patient at home on August 6 and then transported him to the PBMC Cardiac Cath lab, where a clogged vessel was opened in less than 80 minutes, PBMC said.

The Greenport man, who declined an interview, had been suffering from chest pain for more than an hour when he called 911, officials said.

The ambulance team arrived at his home and performed an ECG, which indicated he was having a heart attack, officials said. The crew notified PBMC’s emergency department in Riverhead, allowing the cardiac catheterization lab to prepare for their arrival, which saved lives, PBMC said.

After being treated by doctors at the PBMC, the patient was taken to the intensive care unit for critical monitoring. He was left without chest pain and was released within three days of his arrival, PBMC said.

â€œThe current optimal length of time for first medical contact before treatment is 90 minutes for this type of event, and the amazing EMS team did it in under 80 minutes from Greenport,â€ said Dr Amy E. Loeb, Executive Director of Peconic Bay. Medical Center. “It really shows the ability of the Greenport Fire Department team to assess patients and get them the help they need in record time, which ultimately saves lives.”