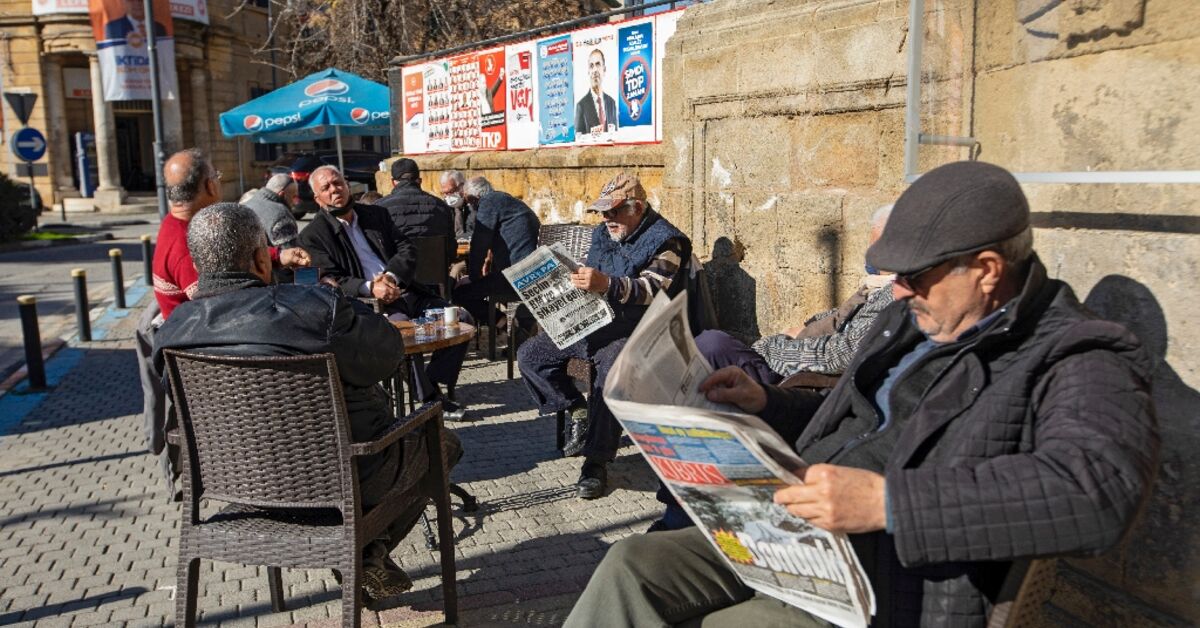 In the tiny breakaway state of northern Cyprus, people are grappling with a perfect economic storm – soaring global commodity prices, hampered tourism and, above all, the fallout from Turkey’s financial crisis.

Covering the northern third of the Mediterranean island, the small territory declared itself a state in 1983, nine years after Turkey invaded in response to an Athens-organized coup that sought to annex the island to the Greece.

The so-called TRNC remains recognized only by Turkey, leaving the 300,000 residents heavily dependent on the largesse – and fortunes – of Ankara.

On top of that, coronavirus restrictions have hit the crucial tourism industry which attracts visitors with resorts and casinos.

Map of Cyprus, an island divided since 1974

Turkey itself has been hit by a currency crisis that saw the lira lose almost half of its value against the dollar last year as President Recep Tayyip Erdogan demanded interest rate cuts to stimulate growth, even as inflation rose.

“Two days after receiving my salary, I have nothing left,” said a hotel employee who requested anonymity.

Despite working jobs at two separate hotels, the 6,000 lira she brings home each month now equals just $430, the worker said, leaving her financially dependent on her adult children.

TRNC Prime Minister Faiz Sucuoglu said last week that the economy was a “priority” for his government, a coalition of right-wing nationalists who want outright secession from Cyprus.

The plummeting pound, soaring inflation and a 10% unemployment rate have all contributed to a dismal economic performance, said Turgay Deniz, head of the TRNC Chamber of Commerce and Industry.

After the economy contracted 16.2% in 2020, last year’s output “continued to decline,” Deniz said, based on estimates for 2021 that have yet to be finalized.

The dependence of Northern Cyprus on Turkey is blatant, as no other country recognizes the separatist entity.

“The TRNC can only sign agreements with Turkey,” which funds 15% of the budget, Deniz said. Other sources indicate that the small state depends on Ankara for up to a third of its expenses.

Northern Cyprus is an “aid-dependent economy”, said Mustafa Besim, an economist at the state-funded Eastern Mediterranean University in Famagusta.

“The only source of external funding for Turkish Cypriots is financial support from Turkey,” which provides an annual envelope, he added.

But only half of the amount pledged for 2021 has been delivered, due to “economic problems in Turkey”, leaving the cash-strapped infrastructure projects and businesses they relied on, Besim said.

The breakaway Turkish Republic of Northern Cyprus is recognized only by Ankara and its 300,000 inhabitants are heavily dependent on Turkey which is in the grip of a financial crisis which has seen the lira lose almost half of its value against the dollar last year.

TRNC watched helplessly from behind the scenes as Turkey’s central bank made policy decisions that sent the pound plummeting.

It “is controlled by the Turkish government – or even the Turkish president, we should say,” he said.

The fall in the value of the lira has made imports, on which the TRNC relies heavily, much more expensive.

Looking to the future, Varer pointed to a potential bright spot: the tourism industry, which accounted for more than a fifth of northern Cyprus’ economic output before the pandemic.

The growing plausibility of “free travel this summer”, if the pandemic abates, should attract foreign tourists looking for cheap vacations, he said.

North Fork Crush, a liquor store with a local twist, is coming to Greenport