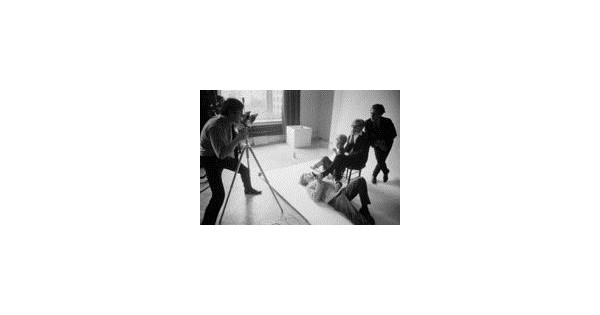 David McCabe, the famous photographer who documented a year in the life of young Andy Warhol, died on February 26, 2021, near his home in Rennselaerville, NY.

Born in 1940 in Leicester, England, McCabe grew up in the shadow of WWII bombers, studied graphic design and photography, and was sent to New York to fulfill his promise as an award-winning photographer.

In 1963, at the age of 23, he received his first major mission, from CondÃ© Nast. His career takes off. And then, it took a turn for the weird.

McCabe’s work had caught the attention of Warhol, who sought out a photographer to accompany him as he made his mark on New York’s burgeoning pop art scene. The concert went to McCabe.

By day McCabe worked in his downtown studio; afterwards, he went to the famous Warhol factory to see where the night would take him, accompanying Warhol partying with William Burroughs, Mick Jagger, Rudolf Nureyev, Judy Garland and Salvador DalÃ­.

â€œLooking back, I didn’t realize what a fantastic opportunity I had been given,â€ McCabe said in an interview with Dazed magazine last fall. “I was 24, just a budding photographer, and all of these people were pretty weird to me.”

The mission ended after a year, by which time McCabe had amassed more than 2,500 photographs. Warhol didn’t have a plan for them, so McCabe hid them in a filing cabinet and forgot about them for almost 40 years.

In 2001, he was contacted by the director of the Warhol Museum, who heard the rumor of the buried treasure. Their conversation eventually culminated in the 2003 book A Year in the Life of Andy Warhol (Phaidon), a surprisingly intimate portrayal of one of the most influential artists of the 20th century.

McCabe’s career as a photographer flourished, uninterrupted, for much of his life, though he succumbed to an entrepreneurial whim in the 1970s when he purchased the Shelter Island House, a Long Island hotel. best known for the wild parties that McCabe threw in his British style. pub, the Earl of Stirling.

McCabe’s images have appeared on the pages of LIFE, Harper’s Bazaar, Mademoiselle, Cosmopolitan, Vogue, The Times of London, The Guardian and The New York Times Magazine. His work has been exhibited in museums and galleries around the world. More recently, he had found inspiration photographing landscapes in and around the tiny hamlet of the Catskills in Rensselaerville, his home for 15 years.

Throughout his life, McCabe was an avid sailor. He enjoyed sailing in the bays of Long Island with his family; in 2001, he and his wife, Susan Cipolla, took their baby, Lily, on a one-year sabbatical to the Bahamas.

McCabe is survived – and dearly missed – Susan and Lily; and by his son, Mathew (from his first marriage); stepdaughter, Kim; grandsons, Jake and Lucas; and his brother Robert.

Could Stirling be the future of the Scottish shopping street? – Laura Westring