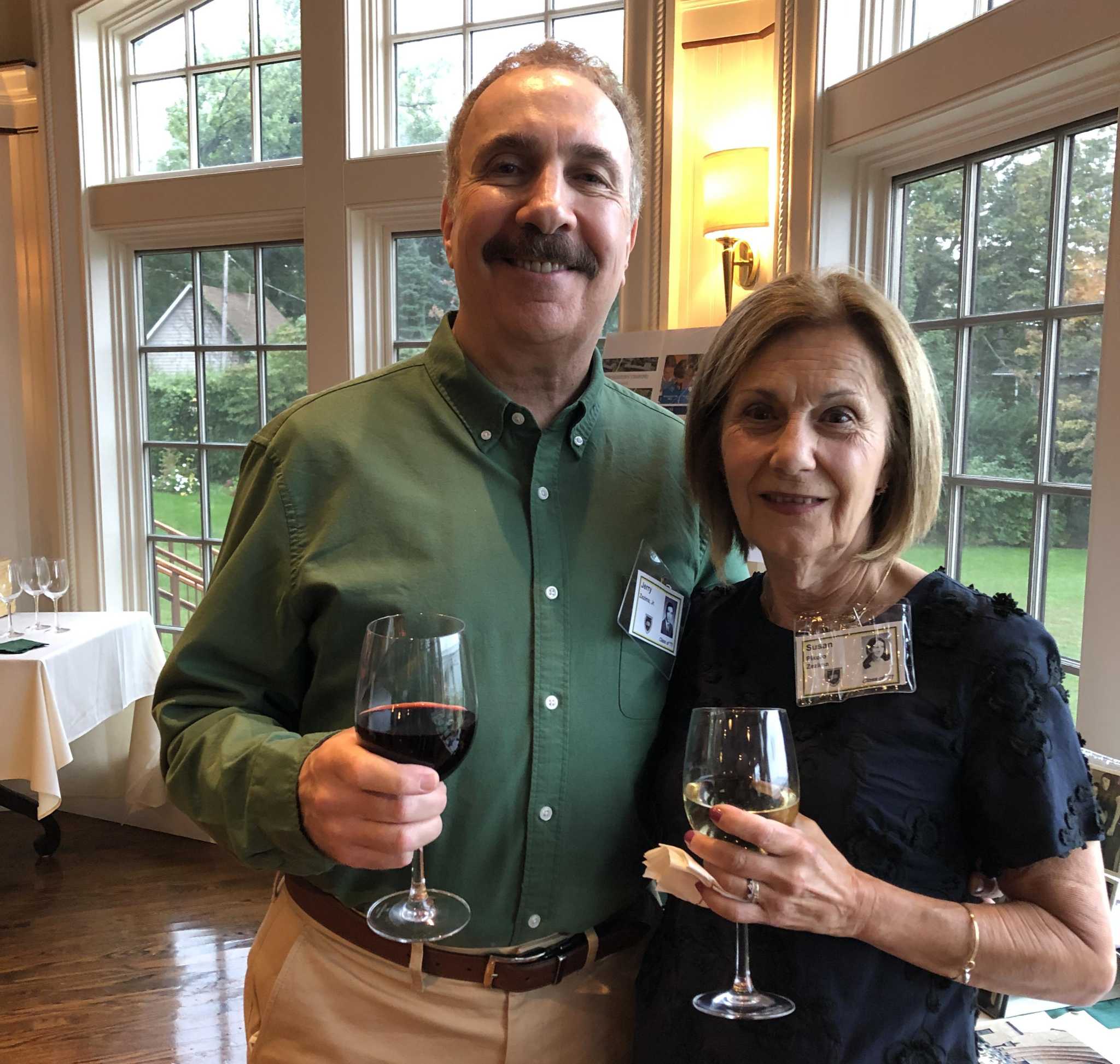 After a heart attack, the healing powers of humor (and laundry)

Love means never having to say you’re sorry you didn’t do the laundry.

For the first time in 43 years of marriage, I wash clothes. I’ve also done tasks that I did before but now do more frequently, like loading the dishwasher, vacuuming the house, cleaning bathrooms, shopping, and playing chauffeur.

There’s a good reason for this unusual utility: My wife, Sue, recently had a heart attack.

She is recovering slowly but well. She gets tired easily, especially after seeing me fold the clothes I just took out of the dryer and stack them on the bench in the family room. And she’ll be the first to say that this life-changing event was a shock – but not, in retrospect, a surprise.

“The warning signs were there for months,” admitted Sue. “I chose to ignore them.”

She’s no different from a lot of people who ignore chest discomfort like stress or indigestion (with us I’m the cause of both). This is especially true for older men and women (in the case of Sue, 68) who recognize that they are no longer spring chickens but don’t think they are old enough to have a. heart attack.

Sue was also not a good candidate for heart problems because she is thin, she exercises every day, she eats a healthy diet, and she does not have high blood pressure or high cholesterol.

But she has a family history of heart problems. And that, even without the warning signs, should have been a warning sign.

The attack happened the day after Thanksgiving at our daughter Lauren’s home. It was late in the morning and Sue and I were getting ready to come home after what our granddaughters Chloe and Lilly called “a double sleepover” (we spent Wednesday and Thursday evenings).

I loaded the car while Sue was in the bathroom. Right after I got home she came out with a pale face and said she had just been throwing up. She sat up and said she had chest pain radiating down her back. She also had dizziness.

Lauren, who is up to date with everything, said Sue needs to go to the hospital. I agreed. I probably should have called an ambulance, but the hospital was close, so I took Sue to the ER.

His ECG was normal, but his blood tests showed high levels of enzymes, a sure sign of a heart attack.

Sue was rushed into surgery. Two hours later, Dr Andrew Persits came out and told me that Sue had had a stroke during the procedure.

“I had an angiogram,” he said. “Two or three points in her left anterior descending artery were 70-80% blocked, so I put in three stents. His right side was blocked 40 to 50 percent, but it can be managed with medication. “

Sue stayed in the hospital for two nights and was discharged on Sunday morning.

Dr Persits and all the other doctors, nurses and technicians who treated Sue at Peconic Bay Medical Center in Riverhead, NY, were wonderful. In fact, they were rescuers – wintergreen, the best species.

When Sue got home, it was my turn to take care of her. Even for a writer, words cannot adequately express the depth of my love for her. That’s why I was happy to be the caregiver of someone whose care and care made her the backbone of our family.

Which brings me to laundry.

“I appreciate you doing this,” said Sue, who had to show me how to use the washer and dryer. “But you think you do it best. You haven’t done it for 43 years, but now that you’ve been doing it for a week, you think you’re the king of laundry.

“I’m doing a very good job,” I said shamelessly. “And I didn’t flood the house.”

“Even if you know how to do laundry, you don’t know how to put it away,” Sue replied. “You let it pile up. It’s clean, but it’s in a pile.

She had kind words for my ability to do other household chores.

“You clean the bathrooms. And you vacuum well. It gets me out of the woods, ”Sue said. “You also do a good job with the dishes. I can tell because you have dishwashing hands.

Before dinner, I set the table. And I erase it afterwards. But if it was my job to prepare the meals, we would both starve.

“You don’t cook,” Sue reminded me. “You don’t know how to turn on the oven and you don’t turn off the stove.”

That’s not quite true because, by Sue’s admission, I make scrambled eggs. I also reheat leftover pizza in the oven. And I can run the microwave.

“At least I didn’t burn the house down,” I say in my weak defense.

Sue said she was grateful that I drove her, mainly to doctor’s appointments and to run errands. Because she is not yet ready to take the wheel, I am the designated driver – even though I do not have a driver’s cap.

“You’ve been pretty good at it,” Sue said quietly. “But,” she added, “I don’t like going to the grocery store with you. You are always 10 paces behind me. Then you walk away somewhere. And you put stuff in the cart that we don’t need.

“We always need beer,” I replied.

Sue smiled, took one of my hands and said, “Thank you for taking such good care of me.”

“It’s my pleasure,” I replied with a kiss.

“I know being a caregiver is not easy,” she said.

– It’s easier than being a patient, I say.

“I’m getting better every day,” said Sue. “Some days I’m tired, but overall I’m fine. I never thought that would happen to me.

“Once you start cardio rehabilitation, you will be back to normal,” I assured him. “And I bought this pillbox for you.”

“You mean the old lady’s pillbox,” Sue said with a smile. “I went from taking nothing to five pills a day. “

Sue smiled again and said, “No. You are good medicine.

We both laughed because laughter is the best medicine – and the cheapest.

Stowmarket couple get engaged as they move into a new home

COVID-19 cases soar 170% in Suffolk in the past month, as hospitalizations more than double