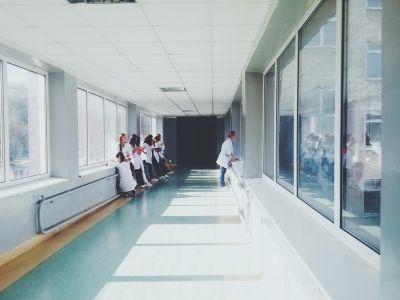 5 protests against vaccine mandate in hospitals in September

Citing their desire to protect patients, visitors, colleagues and communities, hospitals and healthcare systems across the United States have announced COVID-19 vaccination requirements for employees. But protests have also erupted, organized by people who oppose these policies.

Here are five hospitals and healthcare systems where healthcare workers took part in protests in September.

1. Workers protested a state warrant on September 8 outside Samaritan Medical Center in Watertown, New York, according to a news station. WWNY.

2. Healthcare workers participated in a rally on September 5 in front of the Mohawk Valley Medical Arts Building in Amsterdam, NY, based in St. Mary’s Healthcare to protest the state’s immunization mandate, according to The Daily Gazette.

3. Health care workers participated in a protest against the state’s COVID-19 vaccine mandate on September 4 near the Peconic Bay Medical Center in Riverhead, NY, according to RiverheadLOCAL.

5. Healthcare workers demonstrated outside Stormont Vail Hospital on September 4 against the Topeka, Kansas-based hospital’s vaccination mandate, according to the report. Topeka Capital-Journal.